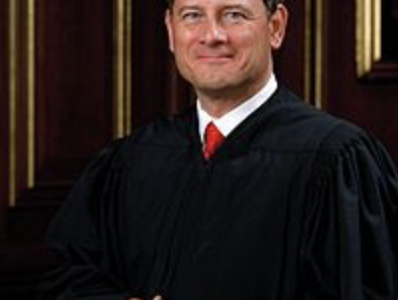 Cline on the Constitution – Interpretation

By philcline | May 27, 2019 | Blog, Cline on the Constitution, Judiciary, Presidency | No Comments

In November, President Trump referred to a federal District Court Judge as an “Obama judge.”  Uncharacteristically, Chief Justice of the Supreme Court, John Roberts, rebutted the President in a public statement.  He said, “We do not have Obama judges or Trump judges, Bush judges or Clinton judges, . . . (an) independent judiciary is something we should all be thankful for.”

Characteristically, the President would insist on having the last word.  He said, “Sorry Chief Justice Roberts, but you do indeed have “Obama judges,” and they have a very different view than the people who are charged with the safety of our country.  It would be great if the Ninth circuit was indeed an ‘independent judiciary’, but if it is why,” he asked, are so many of the cases opposing the administration’s border and safety policies “filed there and a vast number are overturned?”

Well, whose right? And, while we are at it, why on earth do certain judges and justices decide cases the way they do?

We have a lot of interesting decisions coming out of the Supreme Court, but I thought this might be a good time for an interlude to talk about legal interpretation.

I recently read a column by renown appellate lawyer, Myron Moskowitz.  He began his discussion by drawing a distinction in his approach to arguing appeals as between being a “legal formalist,” and a “legal realist.” Ah . . . now there’s stuff to feed every lawyer’s appetite for legal legerdemain!

But Uggg!  Do we, you may be asking, have to go into such arcane legal terminology?

Just wait and hang in there for a few minutes. What he was really talking about was winning.  How to win your case; how to get a judge or justice to rule in your favor. There’s something we all understand.  At its core the actual practice of law is more about winning and losing than the legal niceties contained in high-minded phrases like “due process” and “justice for all.”

And I admit, that wasn’t the first time I’ve heard those terms in the context of winning and losing an appeal.

A few years back, I was fortunate enough to be invited to participate in a week’s long course on appellate advocacy at the National Advocacy Center on the University of South Carolina campus. I, and prosecutors from across the nation, spent days practicing orally arguing cases to multiple panels of justices.  Some of the panelists were from state supreme courts, others from intermediate federal appeals courts.  As lawyers we were there to learn not only the formalities of how to present oral arguments, but how to be effective. In other words, how to win our case.

The most useful sessions, from an advocate’s perspective, were the debriefings after we argued our cases and the rulings were made.  In those sessions, the justices offered criticisms and suggestions on how to be more effective in the presentation of cases.  It was the first time I heard terms like Formalism and Realism applied to the nitty gritty in the actual practice of law.

When applied to an appellate justice, the terms get to the essence of what approach on a particular case will most likely persuade a justice to rule in your favor.  Will the men or women draped in their severe black robes along with healthy dollops of self-righteousness and self-importance rule in accordance with the dictates of the law or will he or she find a way to rule so that a result the judge favors even if the logic of the law would seem to require a different answer.

Moskovitz quoted a judge as defining “legal formalism” as treating the law “as a compendium of texts, like the Bible, and the task of the judge . . . is to discern and apply the internal logic of the compendium.  He is an interpreter, indifferent . . . to the consequences of his interpretations in the real world.  He is not responsible for those consequences; if they are untoward, the responsibility for altering them though a change in law falls to the “political branches.”” The “political branches” are supposed to be the Legislative and Executive branches of government.

This is how law is traditionally taught in law schools.  And it is what most lay persons, unschooled in the law, think justices are doing and should be doing when they decide a case.  A judge’s job, most people think, is to apply the law and, yes, on occasion, the law can be a hard task master. But if the law needs changing it’s not a judge’s job to change it.  Changing the law is the responsibility of the duly elected representatives in the legislative and executive branches of government.

But the reality is many, too many, justices see the law through a different prism.

That prism is “Legal Realism”, the other term Moskovitz uses which places emphasis on “the consequences of judicial rulings.”  The justice who is inclined in this direction, pays little deference to precedent, none to the traditions of judicial restraint. What matters to them is “doing the right thing,” reaching a result that is “fair.” As Moskovitz says, “Pragmatism usually trumps over formalism.”  But to do so, a justice often must be clever. He or she ends up looking for a way to bend the words of a statute or “reinterpret” an established case precedent to get to a result they prefer. And if an advocate knows that is the inclination of the judge or justice, they fashion their arguments to circumvent the law and reach a preferred result which translates into a win.

As Moskovitz says, if you want to win in front of these justices, then dump the formalism and adopt the realism arguments. Play to what the judges want to happen, not what the law requires.

It is here I will move beyond the strategic thinking by Moskovitz to the impact of his ineluctable theory on law, justice and the politization of the judiciary.

Beyond knowing what arguments to press in pursuit of a win, there is another problem. It leads inevitably to that result justices themselves give so much lip service to wanting to prevent, that is the politicization of the judiciary.  And the loss of that precious commodity “Judicial Independence.”

President Trump’s statement implied the outcome of important cases could be predicted based upon which President appointed the judge or justices deciding them.  Chief Justice Roberts disputed the notion.  He contention is that federal judges are “neither Democrat nor Republican.”

Although it pained him to admit it, Moskovitz, certainly no fan of the President, concluded “Trump is right.”  As much as I admire Chief Justice Roberts, I must agree.  The Chief’s statement, given the tendencies of the federal judiciary over the last few decades was just plain silly.

But there is another perspective, and which adumbrated the reason the Judicial branch has become as politicized as the Executive and Legislative branches.

Just who are these Judges and Justices to decide what is fair?  What gives them such Solomonic judgement that they can ignore the law?

In reality judges and justices are fallible human beings, just as venal, just as biased in their thinking and instincts as the rest of us and, even more dangerously, imbued with a false sense of wisdom from their robes, their rituals, their honorifics, and the deference in which they are treated in their courtrooms. The inclination of the “realism” approach is always going to be toward siding with the individual and his or her personal “rights”.  And the loss is usually to the needs for order in a society.

And, furthermore, when the accumulation of such decisions finally undermines the confidence of the public that a judge or justice is only an impartial interpreter of the law, is it any wonder that the confirmation process for the ultimate judicial body, the United States Supreme Court has become so hard and bitterly fought?

If it is acceptable to superimpose one’s personal views on what is fair or right on the rest of society, in spite of the law, of course the members of the political branches will fight tooth and nail to place on the court one of their own, ones they expect to rule in accordance with their political agendas. Soon, very soon, despite Chief Justice Roberts protestations, we have courts made up of easily identifiable Obama justices, Bush justices, and, yes, Trump Justices.

There is no better proof of this than at current confirmation hearings for Justices appointed by the President.  Questions are not designed to focus on the legal and analytical skills of the candidate, but rather to glean from past writings, past clients, past positions taken in lawsuits whether they can be fair to this constituency of the party of the Senator posing the question.

Two justices were just confirmed the Ninth Circuit Court of Appeals over the objections of the two California senators from the Democrat party.  Their objections?  One justice had written op eds back in college (not law school), decades ago, our senators viewed as “controversial.”  And as attorneys these two, whose legal qualifications to serve no one questioned, had represented clients on the sides of the cases disfavored by our Senators. They weren’t always representing the downtrodden or the current flavor of self-declared victims of society.

One may say, that despite their protestations, the judges and justices largely brought this on themselves.  Because they arrogantly believe they know better than everyone else how to correct societies wrongs as they see them, in spite the law.

It’s gone in the rise of “Legal Realism” and the death of “Legal Formalism.”