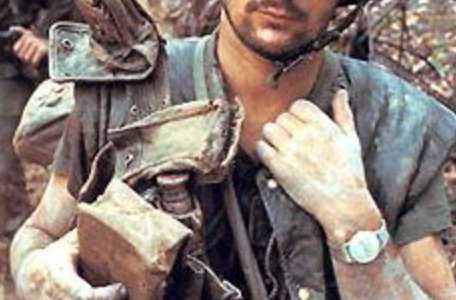 “Maybe there’s a chance somewhere else. Mexico maybe? India? A procedure no one else has tried yet. There’s always a chance.”

“Not always.” The younger man knew he had no reason to be optimistic. He had already accepted the inevitable. Like he always had. He smiled at the older man across the table from him and continued, “Sometimes, most times, when it’s gone this far, well, there’s no chance. None.” He shifted uncomfortably. The pain in his groin was worse today. The doctor has said it would get like that.

The older man watched his son. His concern was on his face. He had the look a Father has when his kid is hurting and there is no way to ease the pain, no words to soothe the hurt, no philosophy to draw on, no lessons learned from the experience to be passed on, no way to categorize, to excuse, justify the loss, the failure.

“Do you need something? It’s not time for another pill yet. You will have to wait another hour. More Soda? Take a piece of bread.”

He lifted a small straw breadbasket covered with a white and red napkin. The napkin matched the plastic red and white checked tablecloth, but the colors were faded, tinged, yellowed.

His son shook his head gently at the offer and the father put the bread back on the table next to the pizza. The pie had barely been touched and was growing cold.

The father stared at the pizza left on the pan in front of them. He was remembering the times he and his son would come here after a movie or softball game. Loud, laughing, free to be boys, they could easily demolish an extra large pepperoni, gobbling it hot off the pan, talking nonsense about the game and the future with cheese stringing out from their chins, burning little pockets on their tongue and the roof of their mouth.

He surveyed the table. He had finished his slice of pizza. His son’s slice, only half eaten, and now ignored, lay on his plate.

“I’m good, Pop, really;” the son said. “Remember when the Doc told us he was extremely good at Pain Management? He wasn’t lying. He knows his stuff. It’s not that,” the son lied, nodding at his mid-section. “But the leg still gets locked up, you know? Those pins in the knee don’t care about the rest of it. They don’t care about the concer eating away the rest of my body.”

“Why hospice? Why not at home?” the Father asked. “The Doc said he could administer it all at home. You could be comfortable there. Familiar surroundings. Family. Your mother would be there. She could be a help.”

“You know she wouldn’t like it. She would act like it was okay. But it would be messy. It would get to her. She always hated messes. Remember our gear?   All our fishing stuff; our sports stuff? It disgusted her. This would be worse. Much worse. Tubes. Plastic bags. The waste. It’s better this way. Everyone can come down there, the Hospice place, you know, just as much or just as little as you please. It’s a small house. Made up like a home.   She will like that. And it’s just one street over from the hospital. She can leave when she wants.”

The young man lowered his eyes to the table. He reached over and picked up the slice of pizza, held it a minute but didn’t take a bite. He held it in his hand like it was something to display, an advertisement for cold, half eaten pizza.

“Me and the guys back in Kabul used to say “I would give my left nut for a slice of pizza from home.” And here I am with all the pizza I want and I can’t eat it. And, of course, it would be me with the cancer dropped down in my nuts. There you have it; I can actually give my nut up for pizza, but still can’t eat. Don’t want this.”

He dropped the piece back on his plate and laughed a bitter little laugh.

“I still don’t get it. How could this happen?” the Father asked. Again.

“Lot’s of toxic stuff over there. Just something nobody find it so nobody could help. Always was there. Just hid real good. The material got put out. On the walls, the streets, the fields. By somebody. And we walked right through it. The Brass don’t want us to talk about it. Too late now anyway. People are tired. Just worn down by it all.”

The father started to repeat once again what he had said so many times, the full solemn expression of pride in his son’s war service, but a waiter stopped at the table. He was a boy who graduated from high school with his son and knew about his condition.

“You guys doin’ okay? Need anything else? I can box that up for you.”

He nodded at the untouched food on the table and looked helplessly at the Father with his offer. Then back at his friend. Their look at each other was just a glance. There was nothing of note, nothing either gentle or hard, certainly nothing profound about the silent exchange of looks. Just two young men. Friends. With no need to say anything. They both knew everything they needed to know. They knew better than to talk it to death.

The Father spoke up, “Yeah, that would be great. We’ll take it home with us. How’re your parents doing, Derrick?”

As he began clearing the dishes and silverware away from the table, Derrick replied, “Just fine Mr. C. They’re in Vegas right now. See some shows, I think. Mom ’ll play the slots while Dad golfs, you know.”

“Well, be sure to give them my regards.”

“Sure will, Mr. C. Sure will.” And he was gone, moving between the tables and booths toward the constantly swinging metal doors that led to the kitchen.

“Always thought he would do better than this,” the father said. “ A waiter. What’s he doing as a waiter? He was real smart in high school, wasn’t he?”

“He was, Dad. But he hit that cop when he got back from overseas. They pinned a felony on his record. He was messed up by what he saw over there. Drank a lot, did some drugs, but really he was just on edge. All of us were when we got back. Some more than others.”

“Why’d he do something so stupid? He comes from a good family. No matter what happened over there. He had support at home.”

“He just fucked up, Dad. He knows it. Knew it then. Knew he had to get treatment and, after that, he did. He got right. Off the booze. Sees a counselor every month. All that “Dear Abby” shit.”

“So now he could do better. A different job. Well, can’t he?”

“He could, I guess. But his record, you know. He has a criminal record now. Even tried moving somewhere else. Went to Kentucky. Start over, you know? There’s just no second chances anymore. Not with the background checks they do. They can find it all. You mess up. Even once. You can’t hide it, or put it away, leave it behind you. They click it up in a second. Kentucky did. Didn’t care he was a Vet. They thought they smelled trouble. Said, thanks. So he just came back here and started trying for work. Something. Anything. Stays at his folks.”

They looked at each other and grew silent. Derrick came back and brought the little white Styrofoam containers with the leftovers and stacked them on the table. He slid the bill under the corner of one of them. He nodded at the younger man, said his goodbyes to the Father and moved on. To another table where a loud group of softball players, still in their dirty uniforms, all laughing and joshing each other, were passing and spilling their food and drink, sloshing pitchers of beer into tall glasses and grabbing slices from pans of piping hot pizza.

Neither father nor son made any move to leave. They both looked at the white plastic containers and knew the food they contained would never be eaten.

“Tomorrow. Doc said, I could check in whenever. Whenever, I’m ready, he said. But I’m ready, Pop. There’s no coming back from this. If there was, I would try, Dad. I’d fight it. I really would.”